If you want to find the biology science kits for kindergarten .The tadpoles and frogs kit is the best choice.

Purpose of the experiment

2. Develop the habit of observing the subtle changes of things, and be able to mark your needs for the process of changing a tadpole into a frog.

3. Make a hand-made toy for tadpoles and frogs

Tadpoles grow up with two hind legs, the tail becomes shorter, then two front legs, and finally the tail disappears and turns into a frog.

It takes two to three months for a tadpole to become a frog. The newly hatched tadpoles are spindle shaped, without limbs, mouth and inner gills. They have a long flat tail and branching outer gills on both sides of the head. They are adsorbed on aquatic plants and fed by the residual yolk in their bodies. After a few days, it grows out of the mouth and can feed on microorganisms in the water.

After a while, the outer gills disappear, the inner gills grow, the lateral lines gradually appear outside the body, and the heart develops into an atrium and a ventricle. From the external shape to the internal structure, it looks like a fish.

About 40 days later, tadpoles began to grow hind limbs and then forelimbs; tail gradually shortened; inner gills disappeared and lungs formed; heart changed from one atrium to two atriums and two ventricles; external shape and internal structure no longer looked like fish, tadpoles had become young frogs, and young frogs landed out of water and gradually growing into adult frogs.

This kits is simple and suitable for the little kids to do. 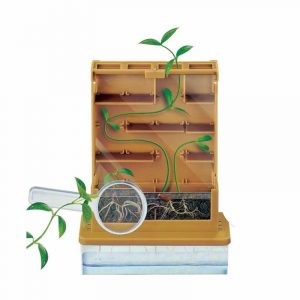 2.08 $
This product can cultivate children's interest in plant growth and is suitable for children over three years old to play.
Add to wishlist
Add to cart
Quick view 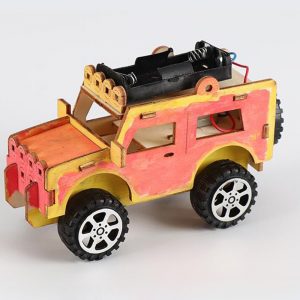 1.19 $
It is a kind of educational toy that can exercise children's hands-on ability. While playing, your kids can better understand the knowledge of tank structure. DIY electric jeep model for your kids, great gift or toys for you kids. Can be painted by what color you like.
Add to wishlist
Add to cart
Quick view 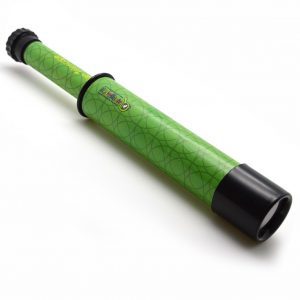 1.73 $
A great DIY toy kit for kid to understand the basic mechanical structures, and power transmission.
Made of natural wood, eco-friendly, non-toxic, smooth without any burrs, and durable for long lasting use.
Direct assembly, no need for other accessories, simple assembly, exercise the child's hands-on ability.
Great for school project,simple and practical， parent-child communication or intellectual development, stimulate children's learning fun.
Add to wishlist
Add to cart
Quick view