This kit is perfect for kid’s STEM education. It’s suitable for schools, learning centers and education companies for business.

Are there any STEM Toys for 8 Year olds ? Yes. The dinosaur fossil is a good kit.

This kit is perfect for kid’s STEM education. It’s suitable for schools, learning centers and education companies for business.

All of the kits for wholesales or OEM/ODM orders and we don’t do retails.

The current earth is our home for human survival, but have you ever thought about who lived on this land before us, and who was the earliest owner? Yes, it’s a dinosaur!

How did the dinosaurs become extinct? The children all said it vividly: dinosaurs were frozen to death, starved to death, dinosaur eggs were eaten by other animals, some said they were not adapted to the weather, and some said they hit planets. They are all right.

Fossils are the relics of ancient creatures buried in the ground. The most common fossils are formed by teeth and bones.  After the death of ancient animals, the internal organs, muscles and other soft tissues of the corpse quickly decayed.

The teeth and bones have less organic matter and more inorganic matter, but they can be preserved for a longer time.
If the body happens to be buried in the sand and cut off from the air, the decay process will slow down. There is slow-moving groundwater in the silt gap.
On the one hand, the water flow dissolves the minerals in the rocks and sand, on the other hand, it precipitates the excess minerals in the water or becomes crystals.
With the water flow, it will gradually infiltrate the bones buried in the sand, filling the teeth and bones with decayed organic matter. Then how will it become the fossil? 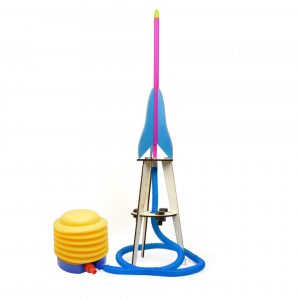 This is an air rocket specially designed for students.  The kit is easier to assemble, so students will be launching in no time!  Purchasing air powered rocket here. As a scientific toys manufacturer from China,  sourcing from us directly could save 50% cost.

Air rocket is a relatively safe and inexpensive way for students to learn the basics of forces and the response of a vehicle to external forces. This air rocket kit includes basswood plywood, heavy screws, air pumps, and rocket accessories. It's very easy to assemble and cool science experiments for elementary students. This is the first and simplest type of rocket that a student encounters is the compressed air, or stomp rocket. The air rocket system consists of two main parts, the launcher and the rocket.
Add to wishlist
Add to cart
Quick view
-80%

1.84 $
Star Map light is a very interesting and good-looking product, which is very popular with children. We are a supplier of origin from China and has our own factory, the price is much cheaper than that on Amazon.

Why children loved Star Map Light so much ?

Because it is a very fun and educational gift for 8-13 years old children : It looks not only attractive , but also interesting! In the process of children's assembly, they can exercise their hands-on ability. When the children turn on the switch , they can see the beautiful lights, feel a sense of achievement and pride!
Add to wishlist
Add to cart
Quick view 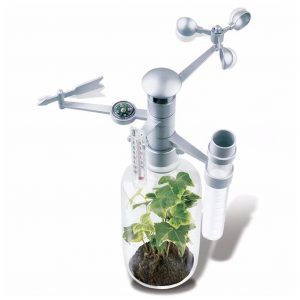 1.95 $
Description: Enlightening children's infinite creative space and learning basic meteorological knowledge. By using hands and brains, we can learn to play with teaching aids and enhance our hands-on ability. Specifications: Material: plastics Suitable age: 6Y+ Notes: 1. Self-assembly is required. The product does not contain bottles. 2. Please allow 1-3cm measuring deviation due to manual measurement. 3. Due to the different monitor and light effect, the actual color of the item might be slightly different from the color showed on the pictures. Thank you!
Add to wishlist
Add to cart
Quick view 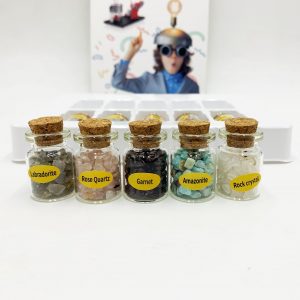 2.38 $
Teaching specimens of rocks and minerals fossils are all wholesales.
Add to wishlist
Add to cart
Quick view